Prof. Nissim Otmazgin – is the Chair of the Department of Asian Studies, The Hebrew University of Jerusalem, and Acting Director of the Harry S. Truman Research Institute for the Advancement of Peace. He is also a member of the Israeli Young Academy of Science and Humanities. A political scientist in training, his research interests include Japanese popular culture in Asia, popular culture and regionalization in East and Southeast Asia, Japan-Southeast Asian relations, and cultural industry and cultural policy in Japan and South Korea. His PhD dissertation (Kyoto University, 2007), which examines the export of Japan’s popular culture to Asia, won the Iue Asia Pacific Research Prize in October 2007 for outstanding dissertation on society and culture in Asia. As a part of this research, he conducted extensive fieldwork in Hong Kong, Singapore, Shanghai, Bangkok, and Seoul.

Dr. Danny Orbach – is a military historian, and a senior lecturer in the departments of Asian Studies and history at the Hebrew University of Jerusalem. He studied in Tel Aviv, Tokyo and Harvard University, and received his PhD from the latter, under the supervision of Prof. Andrew Gordon. His latest book, The Plots against Hitler was recently published in English (Houghton Mifflin Harcourt), Italian and Hebrew, and is due to be published in Czech, Romanian and Spanish. His next book, Curse on this Country: The Rebellious Army of Imperial Japan was published by Cornell University Press (2017) and is forthcoming in Hebrew in Tel Aviv University Press).

KINNERET LEVY – I AM THE SECRETARY OF THE DEPARTMENT OF ASIAN STUDIES AT THE HEBREW UNIVERSITY IN JERUSALEM FOR ALMOST TEN YEARS. I AM A MOTHER TO TWO LOVELY SONS YONATAN 16 YEARS OLD, AND MAAYAN 11 YEARS OLD.I LOVE VERY MUCH THE DEPARTMENT. THE TEACHERS BUT MOSTLY THE STUDENTS. IT IS MY FIRST TIME TO JAPAN AFTER MANY YEARS THAT I DID NOT TRAVEL ABROAD. I AM VERY EXCITED! 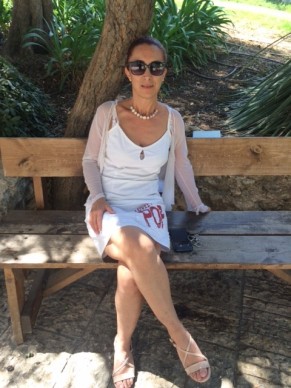 Lior Herman – 25 years old and I have lived in Jerusalem since I was born. This past year I graduated my B.A in Political science and Asian studies. Next year I’ll start my M.A at International Relation depatment- specialization in security studies and diplomacy. I am interested in various political systems, especially in the security policy, because of that I spend my free time watching the Knesset channel. My last three years at Hebrew Uni. was more than a place to study or research, most of the time I preferred to invest in social activities for the students. 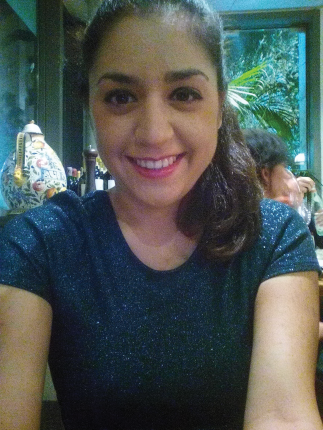 Polina Raskin – B.A student of Japanese studies in the Hebrew University. Coordinator of the “High School Project”, in which students give lectures on various topics regarding Japan, to students in high schools in and near Jerusalem. 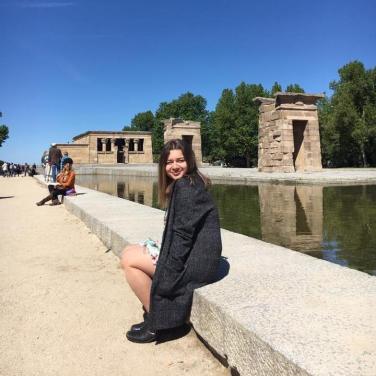 Sabina Choshen – Following Japanese studies at the Hebrew University, in 2012 I was accepted to the Master and Doctor degree five years’ program in the field of South East Asian Studies at the Kyoto University. My research is related to heritage preservation and tourism development in the traditional villages in Vietnam and Japan. Two years ago I took part in the first Israeli students’ seminar in Japan, and I’m looking forward to join it again this year. 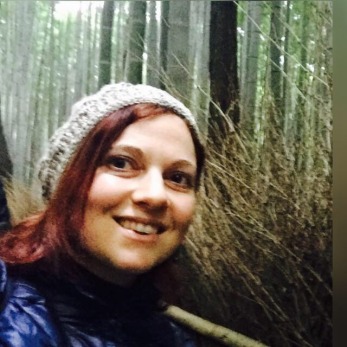 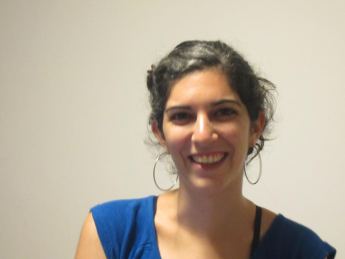 Alina Imas – I have studies Asian Studies and Art History at the Hebrew University of Jerusalem. I am joining the seminar as a photographer and social media advertiser.